×
Go to content
Like many stories, the action of this one begins at a completely different time than it happened...

In Boston in 1928, aging Thomas Glanville, suffering from an ominous illness, tells his good friend Richard Burton, who is also his successor as editor-in-chief of the Boston Post, the incredible story that happened to him almost thirty years ago while he - then still an enthusiastic youngster - spent some time in the small town of Innsmouth doing research for his thesis at Boston College.

When the young Thomas gets to know the strange citizens of the village at the beginning, nothing unusual seems to cross his path, which he could not have guessed anyway about the customs and traditions of the fishing small town people by the power of his biased mind. 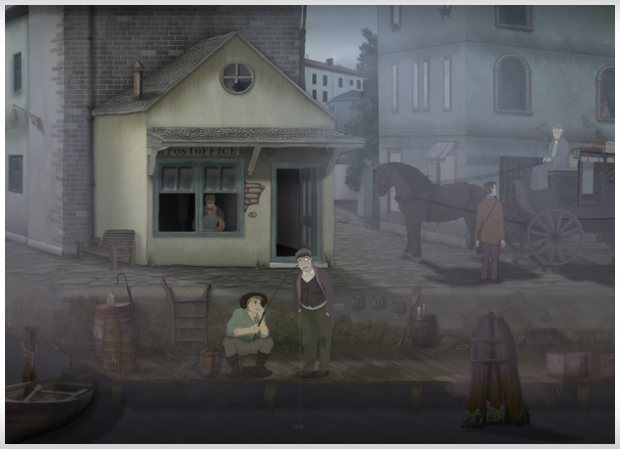 But in search of adventures, he finds himself in a whirlpool of questions, inconsistencies and riddles about Innsmouth's past. The quirky inhabitants of the city react to his investigations not only dismissively, but even frightened. It seems that more than 300 years ago a part of the population closed a deal with ancient powers, who since then have been slumbering deep beneath the city and forcing the city dwellers into a yoke to exploit them for their dark rituals.
But what about the other half of the inhabitants of the ominous little town of Innsmouth?
Torn between horror, anger and hope, the remaining healthy society is now divided and can no longer hide its dilemma from the inquisitive student.
Some of them are still in good spirits to stand up to the dark forces and want to support Thomas on his adventurous way. Nevertheless, he must be careful who he will trust - and who better not. For even his own past is not without mystery and not least the amulet around his neck always raises new questions; and soon he fears to lose newly won friends to a threatening danger that brews over the rumored devil's reef.
Back to content